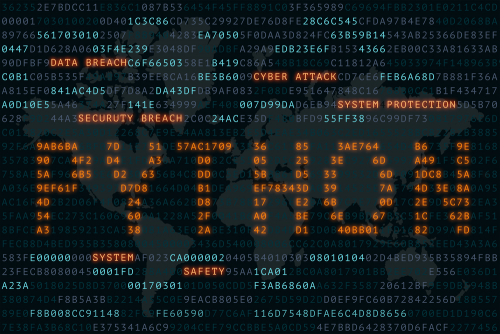 Not just another programming language, Python has emerged as one of the most useful languages in the world of software engineers and beyond. Termed as user-friendly, it can handle a range of tasks. Unlike HTML, JavaScript and CSS, Python is a general-purpose coding language which comes handy not only for web development but also for software development and other different programming types.

Having surfaced as a structural part of data science and analytics, here are a few reasons why Python can be your go-to language.

With a readable and straightforward syntax, Python requires relatively little effort and time investment to curate the user’s first program. The ease of use this language provides, makes it fit to be picked up by newcomers quickly. This helps developers too, where they can devote more time to the logic required for the program than whiling it away in deciphering/decoding the language complexities.

Python does not require the declaration of variables which makes it quicker. A popular and versatile language, learning Python doesn’t charge a lot of time. One can attain expertise in it within 6-8 weeks, if they have prior experience with coding languages.

Widely used and popular in the community of programmers, Python is known to run on almost all operating systems and platforms including the minor ones. Major API-powered services in addition to libraries have Python wrappers or bindings which allows this programming language to interface with those services freely or use those libraries directly. Even though it isn’t the fastest language, the versatility Python provides makes up for the lack of its speed. It also is known to bridge the existing gap between businesses and developers.

A difficult and boring task for programmers and developers is where repetitive programming comes into play. Regardless of the assigned role, tech experts are required to manage trivial things like copying and dragging files and folders, renaming them, uploading files to servers, etc. All of these consume a lot of time in the long run. Thus, automation is where Python stands out. It has the ability to write system scripts which allows the user to create simple programs to automate tasks that kill time and productivity. This helps in saving time and putting the mindless work away!

As mentioned earlier, Python is not a programming language merely used for traditional development. It prepares the user for tech jobs of the future too! An emerging language in the field of data science, clubbing its sub-fields of data analytics, machine learning and artificial intelligence, Python finds usage in a variety of sectors. To cover up for the lack of the advanced statistical packages provided by R, Python finds ways to execute the codes in R too by inculcating the Rpy2 python package. Being an expert in Python helps programmers in keeping their options open.

Python has developed at a rapid pace in the realm of programming. It has paved its way into the crevices which other programming languages had failed to fill. A high-level language, Python will help programmers in transitioning into other fields swiftly.

The language in-demand, learning Python can turn the tables of your career and give an edge to your skills. Once you dive deep into the world of Python, it will be your happy abode!

How to Find the Correct Stream after 10th Standard?

D2C Editor - November 3, 2017
3
10th standard is a defining moment for every Indian student. The board exams have for long been helmed as the base on which a...

Everything you need to know about GATE

D2C Editor - September 6, 2019
0
The gate to achieve anything beyond a bachelor’s degree in Engineering is through clearing GATE, the Graduate Aptitude Test in Engineering. An all India...

Are you interested in Studying Abroad? But tensed about Funds!

D2C Editor - April 18, 2018
0
The Ritz and high-end standard of living in western countries have always been the source of attraction since the time west opened its doors...

How Important Is Networking Inside and Outside B-School? | Alekhya Chakrabarty,...

D2C Editor - June 14, 2019
0
When one decides to embark on their B-School journey, they have their set of reasons. These reasons can range anywhere from needed a break...

5 offbeat careers to explore after graduation

D2C Editor - August 3, 2019
0
“One who takes the road less traveled earns the rewards most missed.” ― Matshona Dhliwayo In India, you either are a doctor or an engineer to...