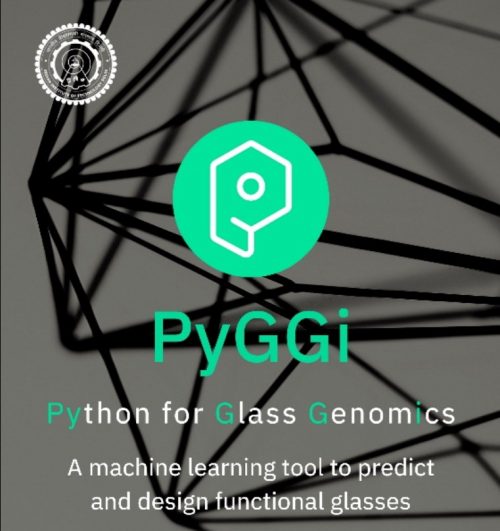 In a world that’s rapidly advancing in technology, researchers at IIT Delhi aren’t far behind. With a display of projects in various sections during the Industry Day 2019, the institute showcased talents of both, students and teachers. It displayed how IIT Delhi has progressed over the years. One such story we covered was that of a group of individuals from IIT Delhi who have developed a unique machine learning software for predicting and optimizing compositions of glass: Python for Glass Genomics (PyGGi).

What is PyGGi all about?

With the first version having officially launched on 2nd August, the software is priced at Rs. 75,000. Aimed at reducing and cutting down the time and effort spent on research, trial and errors, the machine learning algorithms employed in the software will result in an overall reduction of manufacture time. PyGGi is trained with numerous experimental data sets. It has an ability to detect and predict glass properties like Poisson’s ratio, bulk modulus, shear modulus, elastic modulus and density.

Predicting properties at the mere tap of a button, PyGGi uses algorithms like Gaussian Process and Neural Network. It has a built-in range function which analyses the changing compositions and thus the variation of the glass properties over a wide range of its oxide proportions. The plotting tools are then implemented to get a vivid picture of the variation in properties with respect to other variables. The software, PyGGi, can thus be used for designing tailored glasses for specific applications.

The future of Python for Glass Genomics (PyGGi)

In a rapidly changing scenario, it is essential to understand the need to keep evolving, developing. PyGGi has been built with this thought in mind. The software will be constantly updated to deal with the challenges and suit the demands of the industry and academics. “We are also open to developing raw modules based on user requirements. These modules can be exclusively given to users who support the research in PyGGi”, said Prof Hariprasad Kodamana, one of the PI (Project Investigators) of the project.

The research doesn’t end here though. The team is all set to work on additional properties such as abbe number, refractive index and liquidus temperature. Attempts are being made to extend the scope of this project to other materials as well. The team aims at accelerating the discovery of materials for energy, healthcare and automotive applications.

Highlighting the importance and relevance of this project, another PI, Prof N.M. Anoop Krishnan shared his views. He said that the key to developing novel systems of glass lies in the prediction and understanding of its composition, structure and property. Machine learning has come in handy here, for the prediction of the composition and structure of glass where it needs to be built for tailored applications. Developed using Python, Python for Glass Genomics (PyGGi) is a software application that predicts and optimizes the properties of inorganic glasses, he added.

A team of Civil Engineering undergraduates, team PyGGi runs on three wheels, namely Sourabh, Suresh and Hargun. A fusion of distinct individuals, each has a different field of interest. Where Sourabh has a technical bent of mind and likes reading books and listening to music, Suresh has a passion for finding technical solutions for the well being of the society. Hargun, on the other hand, has a fascination for skyscrapers and cable bridges, along with his love for travel and admiration for new places.

Affected by economic slowdown? Use these steps for tackling unemployment trauma

How to bring your A-game during virtual internships

Attention young grads, the formula for finding the right job has been decoded!

How to become a purple squirrel for employers

D2C Editor - August 17, 2019
0
The list of MBA entrance examinations will be incomplete without the mention of XAT, Xavier Aptitude Test. This exam is the key for admission...

What Are The Most Recent Career Trends Post Engineering?

D2C Editor - June 18, 2019
1
Technology is rapidly evolving at a rate where seasonal trends and predictions may have the chance to run completely irrelevant in just a few...

D2C Editor - June 12, 2018
0
The Globalization has made the far world nearer and since time immemorial business and trade has been the link and still today it has...

Admission Experience at IIM Kozhikode | A perfect blend of curve-balls...

D2C Editor - February 18, 2020
0
After looking at the huge demand of the institute graduates by both domestic and international conglomerates IIM Kozhikode has now increased the intake of...