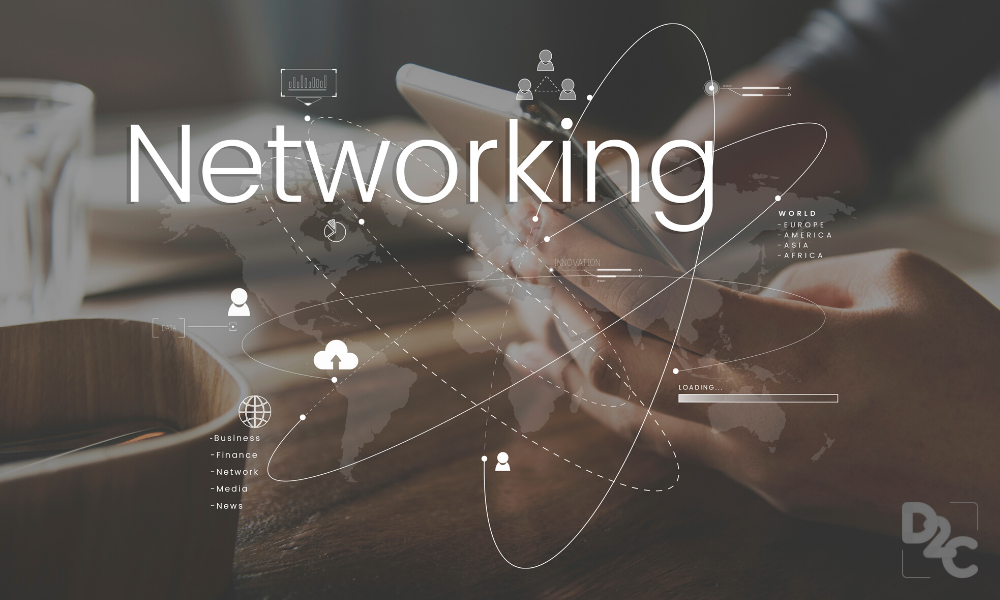 Networking is art, technically a mosaic, built with people as foundation blocks. The finer your strings of connection are, the better your mosaic looks. Every person you’re associated with, adds value to your mosaic. But contrary to popular opinion, there are people who do not like the idea of mosaic for the mere bits of it, ones that hold the picture together. It does not captivate them and they look for intricate pieces of art, which cannot be broken down, particle by particle.

What exactly are we hinting at, though?

Networking, like mosaics, isn’t everybody’s cup of tea. The ones who do not understand the logistics behind it, fail to see the bigger picture. They then create theories of why networking isn’t working out for them which later develop into misconceptions and myths for the general public. If these myths aren’t scraped off, they turn into monsters that eat up the “term”, declaring it extinct after a while. So, here we are, trying to save our concept of networking, bringing to your notice the misconceptions that revolve around it.

1. A waste of time, energy, efforts and what not!

People who aren’t familiar with networking often question whether or not building a connection with somebody is worth their time and effort. Developing relationships that aren’t related to the immediate task at hand, are the ones that get questioned the most. Intuitively, the first thing that strikes when somebody talks about building connections and networking is that it will consume a lot of time. But this is one of the many misconceptions about networking and largely depends on the kind of network you build.

On a broader scale, people don’t build networks intentionally. In most cases, it is more professional and people approach their connections only in times of need. So, if you have a handful of people you can reach out to, as and when the need arises, it is more likely to pay off.

2. The theory of the “naturally gifted” people

Most people believe that you either are naturally good at networking and can build connections in the first meeting or are not and will never be able to connect well with others. Easily misinterpreted as a skill of extroverts, introverts are largely guided by the opinion that it is an innate talent that they aren’t born with. So, they choose to stay away from this very trait that might not bear fruitful results for them.

But there are two schools of thought that govern this idea. While some believe that putting in efforts can help them get better at it, other’s think it depends on an individual’s capacity and cannot be developed. A more psychological attribute than inborn talent, the former group of people, are the ones who work hard towards networking and try to improve with time.

3. The concept of building relationships naturally

Amongst the many misconceptions about networking, one states that relationships that are built naturally and spontaneously are better. You shouldn’t have to work for them methodically. So, the popular belief says that it is unethical to work towards creating relationships. While this might be true, it hampers the entire idea behind networking which is to connect with useful people.

The problem with this thought process is that it makes you network with people who neither are useful to you nor to your contacts. And even though you might spend hours connecting with them to get to know them better, they won’t be of help in the larger scheme of events. Social psychological research reveals something that goes in line with this school of thought. It says that we often bump into people who are like us, the ones who are a lot more convenient to connect with, which is a huge problem.

Networks that are narcissistic cannot give you the diversity of inputs that is essential to understand the world and to make better decisions. So, to connect with people who aren’t like you and have different perspectives, it is important to step out of your comfort zone and talk to the ones who hold different viewpoints and opinions.

4. The selfish motive behind networking

People who do not believe in networking believe that it is a matter of choice and moral values. According to them, networking is manipulative, insincere and is a way of taking advantage. So, they choose to stay away from it. The other side, however, holds the thought of giving back as much as they receive and so, don’t find it selfish.

A study on this subject also unveiled that junior professionals were more prone to think about the manipulative side of networking. On the other hand, the senior professionals did not hold this opinion and believed they had something invaluable to offer. Largely, to experience nobler ways of networking, it is essential to connect with people, find appealing ways to do it and experience the value on its own.

Networking can be a tedious task, especially if you’re new to this domain. But even though this time-consuming process might look futile, it turns out to be the most effective way to connect with more people, learn new perspectives and get some help to shape the trajectory of your career. The only way you’ll understand the nuances of this term is when you’ll step into it yourself and find out what this term means to you. So, before you comment on how the mosaic looks, try creating one yourself! All the best!

IIFT Final Placement 2020 at the cutting edge this placement season

Preparing your Mind to be Innovation Ready

D2C Editor - February 7, 2020
0
MBA is considered a degree of choice for good reason. It is gilt-edged and carries a mine of opportunities with it. But to become...

Non CAT exams that lands you up in Premier Business Schools

D2C Editor - September 2, 2018
0
While CAT has carved a niche by being the most coveted exam for an MBA aspirant, however, the road does not end with CAT....