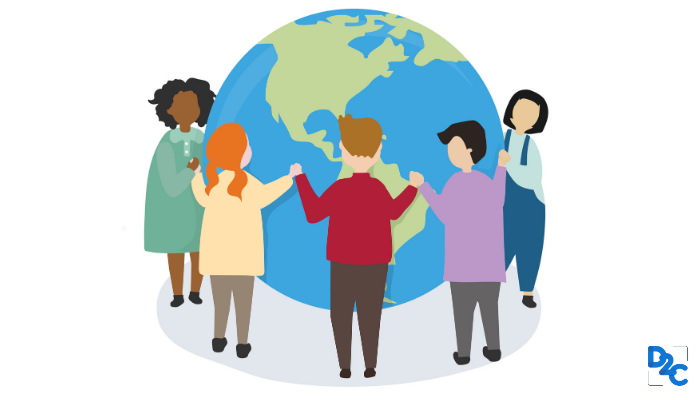 Mahatma Gandhi stated, “There’s a sufficiency in the world for a man’s need but not for his greed”. And, this statement stays valid even today. The world that we live in is rotting at a rapid pace and to make sure we are able to survive as long as forever, we need to reverse the impact of climate change. The change that we can bring should be bottom-up because little drops of water make a mighty ocean. This is what we need to remember while standing for preserving nature and maintaining a sustainable climate across the world. Let’s see how people around the globe are fighting climate change:

The main reason why we’re not able to tackle climate change is because people aren’t aware of the extent of the deterioration. Earlier people witnessed four different seasons viz spring, summer, autumn and winter. But in the course of time due to human interventions, it has reduced to sporadic summers followed by winters.

In 2019, Russian scientists report that there were increasing reports of polar bears becoming cannibalistic and attacking other bears for food. Due to fossil fuel extraction, their habitat is ruining. Russia is getting hotter 2.5 times more than the rest of the world. We should understand that the impact of climate change is global and thrive towards creating awareness among administrators and people across the world.

We need immediate action on climate change that produces a sustainable long-term impact. Miyawaki forests are becoming increasingly popular in tier-1 cities and should be taken forward to tier-2 and 3 cities. This technique introduced by Japanese scientist Akira Miyawaki ensures that plant growth is 10 times faster and the resulting plantation is 30 times denser than usual.

It involves planting dozens of native plant species in the same area, which becomes maintenance-free after the first three years. Due to increasing stress for space in cities, Miyawaki forests and techniques like vertical gardening can be good oxygen supplying zones.

Though nations throughout the world have signed several agreements and protocols to control emissions, it’s the smaller steps that we take that would change the world abruptly. Focus more on products that are produced with fewer carbon emissions. Encourage your colleagues, organization, friends, and family to avoid products that produce excessive carbon emissions.

Carbon emission stands with the following stats – electricity (24%), industrial processes (14%) and transportation (14%). If we’re more conservative and conscious of these three, then we can cut down carbon emissions by a great length. Save electricity whenever possible, rely on non-fossil sources of energy to reduce industrial emissions and prefer sharing cabs to hiring ones if you are a single commuter.

This February, two Mexican scientists have produced leather bags and shoes from cactus. They’ve named it as Desserto. This would simplify the processes used in producing leather through animal skin and would cut down resource exploitation by great amounts.

Every time we commute through motorized vehicles, it adds carbon emissions incredibly to the atmosphere. It is high time to switch to bicycles and prefer walking to places whenever possible. Flight shame movement has recently taken hold in European countries namely Sweden, Germany, Dutch, etc. which is expected to cut flight travels by half and revive overnight rail services.

United States withdrawal from the Paris agreement on climate change mitigation is intimidating to the world. It may encourage other developing countries to leave the Paris accord, following the US-way, which might lead to adverse scenarios. So, it is crucial to understand the impending climate change impact and take steps accordingly. Every little effort that we make towards fighting climate change and making our planet greener counts.

It is time to stand up for our planet because this is when it needs us the most. We need to care for it and help it survive. Greta did it, so can we.

This article was submitted as an entry to Become an Author 2.0 with Dare2Compete.

A first-year student at IIM Indore, he has previously worked with Qualcomm and loves to devour non-fiction. In his free time, he turns to blogging to recharge and refuel.

A Definitive Guide to Build a Strong Employer Brand

This is how IITs have stepped up to fight Coronavirus

Mitali Roy - June 11, 2019
0
Having a Master of Business Administration or MBA can definitely help make an excellent career. However, an MBA course costs anywhere between Rs.500,000 to...

D2C Editor - July 17, 2019
0
Since its inception 86 years ago, Hindustan Unilever Limited has adapted itself to withstand the modern-day consumer. HUL delivers whatever they desire. BP Biddappa...

How to crack Interviews: Your A to Z guide

D2C Editor - October 30, 2017
0
You finally found the perfect organization, appropriate for your skills and your future. Your CV and experience in tow, you send in your application...

Walk the extra mile | Win a Hackathon with this strategy

D2C Editor - November 4, 2019
0
Participating and winning are two different stories altogether. While the former ends in you leaving the premises with a mere experience of the don’ts,...

Everything a job aspirant must know about Psychometric tests

D2C Editor - July 3, 2019
0
Psychometry is the ability to define the personality of an individual and the manner in which they respond to certain situations. Curated from the...

Scholarships: The Why and The How?

D2C Editor - September 11, 2017
0
Why Do You need to Apply for Scholarships? The cost of education has increased steadily over the years, making scholarships all the more important in...